I recently watched an episode of How The Universe Works and in it Theoretical Physicist Michio Kaku claimed that "Hydrogen atoms in water were born shortly after the Big Bang and then came everything else." Now if that doesn't get you thinking about hydrogen and water I don't know what else will. By now many of us know how important a role hydrogen plays in our lives. Among other things it helps to reduce free radicals in our body and free radicals are known to cause aging and disease. And what is a good way to get more hydrogen? Drink more water, in particular, structured water because the hydrogen will be more available.

Well obviously hydrogen is a gas. But was is that? I'm going to get philosophical now because I'm just amazed by this statement that "Hydrogen atoms in water were born shortly after the Big Bang and then came everything else." To me this means that hydrogen is part of our prime creation. Before that it was energy and before that it was, well, I don't know, nothing ?

Maybe if I catch you up more on the nature of our Universe's creation by explaining what scientists have unraveled by studying the Big Bang you will get more of the picture I am seeing.

The Universe began with the Big Bang around 12-14 billion years ago. But it didn't look like it does now when it first began. To start it went through a heat wave that makes our Sun look like the Moon. Then for 380,000 years it was all a milky soup of loose electrons that eventually cooled down enough to allow the electrons to slow down and stick to atoms. Then it began to mass produce atoms and finally create hydrogen. Then it created helium and lithium. Around this time clouds of hydrogen and helium gases began a 200 million year period of floating in space until finally these gases came together and ignited into stars. Over this period the Universe had begun to clear up and the one we see today slowly started to take shape.

What's also amazing is that it almost took a completely different direction. In the beginning there was a battle between matter and antimatter. When these two collide they obliterate each other. Well there was basically a billion units of antimatter and a billion and one units of matter and because of that one unit more, matter won and that's all it took to create the known Universe with it's countless galaxies of suns, planets, moons and so on.

I still haven't found the answers to the questions I have about what hydrogen or gas really is but the next time you drink a glass of structured water, think about the hydrogen you are about to digest and how this hydrogen was one of the first creations of our Universe. Maybe you will have an epiphany and you can share it in the comments down below.

The Spirit of Water 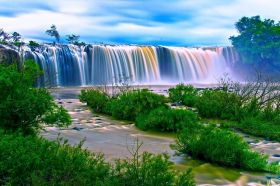 There are many ways these days to approach the description of non-ordinary reality or forces beyond the physical. It could be soul, spirit, mind, field, energy, higher self, divine energy or non-ordinary reality and forces beyond the physical just to name the most common ones I know of. Now many people in the science community believe that if you can't see it or quantify it, then it isn't real. To tell you the truth, I am completely open to this idea, but I'm also open to there being spirit.

Well, I certainly like to quantify things and just like the Dalai Lama, I follow certain philosophies that I am willing to adjust based on proven scientific reality, but I also believe that there is more than the eye or our scientific instruments have yet to see. I say yet because I wouldn't be surprised if one day we could find a way to measure spiritual experiences. There are actually some scientists like Mario Beauregard and Denyse O'Leary, two neuroscientists who wrote The Spiritual Brain, who claim to have proven that there are forces outside the brain that influence our experience. Or Bruce Lipton, a Cell Biologist, who has discovered that there is a force outside our cells that seems to be exchanging energy and information.

Thanks for reading this fun post about my curiosity of the spirit of water. If you feel like adding more questions or providing some answers, or any other kind of feedback, please feel free to do so in the comments below.

10 Of My Favorite Things About Water 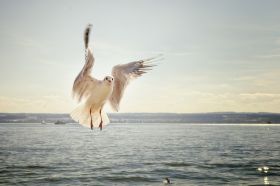 10 Of My Favorite Things About Water:

And that's 10 things off of the top of my head that I love about water, especially when it is structured water. I'm sure I could go on but I will stop at 10 for now. Please feel free to share some of your favorite things about water in the comments below.

The Matt Damon Water Cause 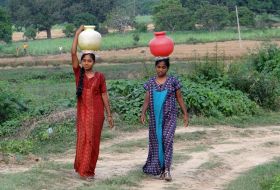 I would like to show appreciation for the Gary White and Matt Damon water cause and their organization Water.org, which they co-found. They have figured out a way to help many people in poverty stricken communities find better access to cleaner water. Many people around the world have to scavenge for water and quite often walk miles a day for water which might not even be clean.

Water.org envisions a world where everyone in the world has clean water. Here are some water statistics from the Fast Company article, on Matt Damon's water cause, about the current water crisis:

Water.org, which Structuredwaterunit.com supports, raises money to drill for wells in these communities. Along with this they educate the people to maintain the wells and teach smarter solutions for the local communities to keep the water flowing in their area.

Along with raising money and developing water infrastructures, Water.org also provides reasonable loans to people in need of them to set up their access to water which they call Water Credits. It's a micro-finance tool that seems to be working well. It was essentially Gary White's idea and it has made him a big deal in the philanthropic world, earning him a Skoll Award in 2009 from Social Entrepreneurship. In the Fast Company article Matt Damon said, "WaterCredit is proof that risky ideas can work. It's a big idea done right, and it's working all over the place. That's when it gets exciting.

How Much Water To Drink 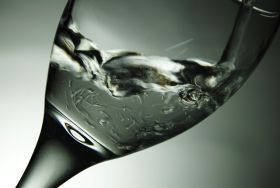 Are you wondering; how much water should I drink a day? Well there's actually not an easy answer to how much water to drink a day to stay hydrated. It really depends. Some common variants it depends on include things like:

Because of all these variants it's hard to know for everyone how much water to drink. But there is a nifty water calculator at this site: nutrition.about.com/library/blwatercalculator.htm.

And here is some information published by the Mayo Clinic* that could be useful:

How much water do you need?

Every day you lose water through your breath, perspiration, urine and bowel movements. For your body to function properly, you must replenish its water supply by consuming beverages and foods that contain water.

What about the advice to drink eight glasses a day?


Everyone has heard the advice, "Drink eight once glasses of water a day." That's about 1.9 liters, which isn't that different from the Institute of Medicine recommendations. Although the "8 by 8" rule isn't supported by hard evidence, it remains popular because it's easy to remember. Just keep in mind that the rule should be reframed as: "Drink at least eight ounce glasses of fluid a day," because all fluids count toward the daily total.

One good measure to know if you are staying hydrated is to look at your urine. If it is colorless or a lighter yellow then your fluid intake is probably adequate.

Though is is generally uncommon, there is the possibility of drinking too much water. This is called hyponatremia and it's when your kidneys can't excrete excess water and the electrolyte content of the blood gets diluted so the amount of sodium in fluids outside cells drops. Water then moves into the cells to balance the levels. This causes the cells to swell with too much water. Although most cells can handle this swelling, brain cells cannot, because the skull bones confine them. Brain swelling causes most of the symptoms of hyponatremia. The people who are at highest risk are endurance athletes who dirnk large amounts of water.

Hopefully this helped answer your question; how much water should I drink a day?