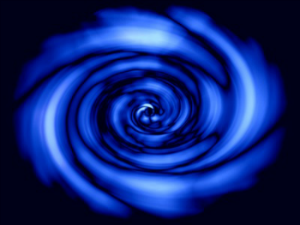 Viktor Schauberger observed the industrial machines of the world and wanted to make something more efficient and less polluting. He then incorporated his egg-shape and vortex ideas into his prototypes. Unfortunately much of his research and models were destroyed post WWII, but the fact remains that it is possible and could once again be done. Schauberger’s machines put out more power for less cost.

“During the 1930s and 1940s, he developed a number of prototypes: of a machine which produced high quality spring water, a domestic air conditioning appliance, and various machines which produced prodigious amounts of motive power. All these machines worked on much the same principles, and had in common a virtually silent and inexpensive operation. All the important elements of Nature’s repertoire come into their own, such as male and female ethericities, creative vertical movement, temperature gradients, bioelectricism and biomagnetism. As Schauberger commented: ‘At the intersection of two temperature gradients atomic energy is released. Whether it is a formative or destructive energy is determined in each case by the type of movement and the composition of the alloys used to build the motion-producing machine.’” (Hidden Nature, p. 248)

Schauberger used what is called “biological vacuum” in all of his machines. Suction, or implosion, has been found to be 127 more times more powerful than explosion. He combined the idea of gravity-centered bathtub drainage suction with jet engine suction of air. He was able to transform physical substance to energy substance. One very fascinating invention of Viktor’s was the implosion motor, a type of electric power generator. As a side benefit, it gave off high quality water. It produced ten times what the motor needed to run, which would be great for supplying energy to anything. He had more trouble stopping his machines than starting them because they were so powerful, and one had to be bolted down because of its levitational energy capabilities. One machine called the repulsator turned distilled water into living water in a 45-minute time period. He claimed the water from the repulsator would neutralize acidity in the body while oxygenating the cells of the body so they could be healthy again.

If products similar to Schauberger’s inventions received enough support, the world could benefit greatly. Although this was a man who had no formal science education, he was able to unlock Nature’s best secrets, patterns and life-giving energies. He taught us that observation of our world and the way it works is the best thing we can do for ourselves.