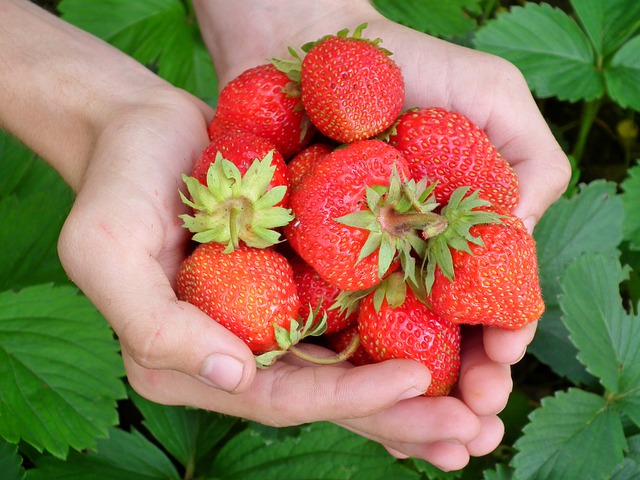 Interviewer:  The story of strawberries and structured water were really great when I first came to Port Hueneme and talked with Joe Johnson but after about 6-7 weeks the story got better, so much better I had to come back to talk to him some more.

Joe Johnson: Growers measure the effectiveness of their methods by the actual nutrient content that gets in to their foods as indicated by Brick’s reading obtained with a refrectometer.

Before installing the Structured Water Unit this section of the field was considered the poorest, but in 6 short weeks time it’s by far the best.

Joe Johnson:  We can only afford to produce the berries here as long as it’s cost effective and during different times of the seasons berries will be pulled from different parts of the world. The prices in strawberries like any other commodity will go up and down, so during the time when they need to produce they will push production and get a lot of berries back now they have gone past the fresh market and past the canary market and .they aren’t fertilizing these fields any more.

Interviewer:  I see so this is your Walters jam kind of a season and they just throw some sugar on it and mask anything, right?

Joe Johnson:  Definitely, the amount of sugar in the plant determines what the canneries will pay or if they will even accept them.

Interviewer:  And yet this field here didn’t get the memo that the season was over, so something’s happened here?

Joe Johnson:  They stopped fertilizing this field about 3 weeks ago which means it would stop producing berries. They did their last feed and last pick and all across the rest of the field there are a few berries but here it’s like they are still in full production and just like they are still being fertilized but they are not and if you do a comparison and walk down to the end of the field which is ,outside of the range of the structured water, it’s yellow and it looks exactly how it should look at this time because they only give them enough water for them to get by and minimal amount of nutrients just to keep the plants alive until they want to push them again.

Interviewer:  But as we walk down there and it’s about a 1000ft or so roughly in that direction we are seeing a difference, a line of demarcation based on the one that’s faded out beyond a point.

Joe Johnson:  Berries on the very end of this field are about a 3rd of the size and have half the sugars. On this side of the field they are 2 – 3 times bigger and up to 3 times the amount of sugar. So with those two things together it’s like the plant had 6 times more energy.

Interviewer:  And we are a 1000ft down and we have walked down so we can actually show what that difference is because we can see that line, but the actual structuring unit is buried 15ft from us right?

Joe Johnson:  That’s correct and that’s one of the things Clayton Nolte told me, that there would be a filed effect on this. I was like ok we will see and it is interesting because in the beginning when we first put this unit together the jump was only on this plot here and we could walk from this side to that side and there was a huge difference, there was a 2 point average sugar and that was immediate and that was after one single watering, after 48 hours there was a 20% jump. Now we are three months later and we have twice the sugar average than we had before and it still holds consistent on the other side of the field, they are still running 4 to 6 in the area that wasn’t treated, whereas if you go down we have 10 to 12 (on arefractometer) in the area that got direct watering where it was structured and then you go down to the rest of the field and at the end it just cuts it in half.

Interviewer:   In fields like this, on farms large and small and in family households around the world we are beginning to appreciate some of the gifts that lies in store for us when water is allowed to reset itself to its natural balanced and energetic state, that’s the beauty of the Structured Water Unit water that effectively delivers and sustains the gift of health rather than silently taking health away.