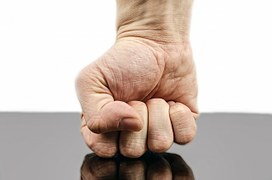 While discussing the fascinating world of structured water with Clayton Nolte recently, we got onto the topic of the importance of energy and how this works with the memory of water.  In this conversation Clayton Nolte told me that anger can actually make hydrogen in water dissipate. While I am an avid writer and researcher of water, I am also a student of psychotherapy and this information about emotions and water had me perplexed. After a night of thinking about it this was my response to Clayton:

“So I’ve been thinking about what you said about hydrogen dissipating in the face of anger. My first response to this was ‘Wow, what a judgmental Universe.’ Emotions are part of our daily life and some people just can’t help it that they are angry or have other emotions. Due to the interconnected nature of the Universe, our way of being today is influenced by the way the world has been leading up to this moment.  In contemplative psychotherapy we learn to help people to remove self-aggression by not judging their anger or whatever emotion they have. But it’s true that our hope is to help them unwind their anger or suffering. So I’m thinking now that that agenda is built into the heart-mind just as it is built into the Universe. The Earth was designed by the Universe to give life. This is supported by the exchange of noble gases, precious elements, subtle energies and so on. In an effort to balance out destruction, it makes sense that the Universe would give us an emotion such as anger as a survival mechanism but then see that since that emotion can also become destructive, such as when it turns into hate, that it then creates an environment which won’t sustain it for long periods of time without dire consequences.

In my new field of therapy, we have to be careful with some of the manifesting arts and sciences, such as law of attraction, because some people will ‘stuff’ their emotions.  Instead of acknowledging their emotions and how they play within their relative existence, they will spiritually bypass them and shoot into an absolute frame of mind which doesn’t leave much room for the balance of relative and absolute. This can lead to self aggression and a deprivation of loving-kindness.

So my hesitation to fully receive what you said yesterday about how hydrogen won’t sustain anger had a lot to do with compassion. I’m now in the business of helping people accept themselves as they are and where they are in life at this present moment, so it was hard to hear that the Universe would use judgment. But after thinking about it more, my response is now ‘Wow, what a discernable Universe.’ If hydrogen dissipates in the face of certain emotions then the Universe is actually helping to balance out destructive energies so that life will become more sustainable and possibly have less suffering.”